Nothing behind me, everything ahead of me, as is ever on the road —–Jack Kerouac

February 18th, had been a long awaited date for me. Two things were to happen on that day .One a trip  my friends was to  take place in the back waters of Alleppy, Kerala, India, which we had been planning for the last couple of months .Adding to that excitement, me and a close friend of mine was to embark on a long road trip. The coming few pages are our experience on our 1st official road trip on my Royal Enfield commonly known as the ‘bullet’ and  named by me and friend of mine  as ‘Mark II’

The ride was to start from Kollam, where my good friend Dr. Anwar, affectionately called Anwarka, was stationed for moment.

Anwarka did most of the charting and planning the route using Google Maps App.

With all our stuff packed and ready, we retired to bed. The excitement would have stopped me from falling asleep, but I dozed off in to slumber land as soon as I hit the bed. The last few days and weeks had been very hectic, arranging and planning activities for the Alleppy trip.  I had gotten the whole group gifts and goodies as a surprise for them. I was dead tired, so falling asleep wasn’t an issue at all

Next morning, woke up fresh after a good night’s rest.  We loaded up the saddle bags on Mark 2. Went over a check list on things we have taken. All geared up we rode out of Kollam on the 18th morning. 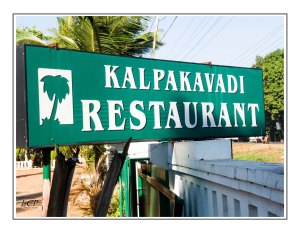 We stopped for breakfast a few Km away from Alleppy at the Kalapakavadi Restaurant. A pretty nice place , all decked up in traditional wood and ceramic works . 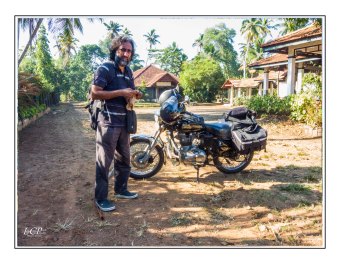 The cashier of the restaurant Mr. Cherian, came up and introduced himself. He was curious if my friend had visited the place before and said  that Anwarka looked familiar to him. While I had my photographers bug kick in and was doing those crazy weird angle poses,  Mr, Cherian  asked us if we were in any way  related or from any channel or media group, we introduced ourselves, exchanged bit of pleasantries and a few thoughts on travelling on the bullet were discussed, He wished us luck on our journey and we bid good bye to each other.

Our 1st key stop was Alleppy, I had to fill Mark II’s tyres  with nitrogen for the long ride ahead. Leaving mark II at the service center I moved on to spend some time with my friends on a house boat on the backwaters. Anwarka rested at his brother’s place at Alleppy for the day.

The boat trip ended by 5:00 pm (which is another post in itself) Irshad my friend picked me up from the finishing point (place where the house boat docks), and we went over to his place where Anwarka was sleeping the day off 🙂

Our next destination was my parent’s home at Malappuram. Irshad, in blue T shirt here is actually from Lakshadweep settled in Alleppy working as a tour agent for Lakshadweep cruises and holidays.

We decided to start off in the evening, covering distance as much as we can before late night, planning to stop over at some  high way hotel along the way.

Tip: When riding avoid shoulder bags or back pack harnessed to your back, I learned that the  hard way, had to stop in between unpack stuff and lighten the load on my shoulders. We were glad that we had bought the saddle bags if not …. 3200 !!! km would have been unbearable!!: P 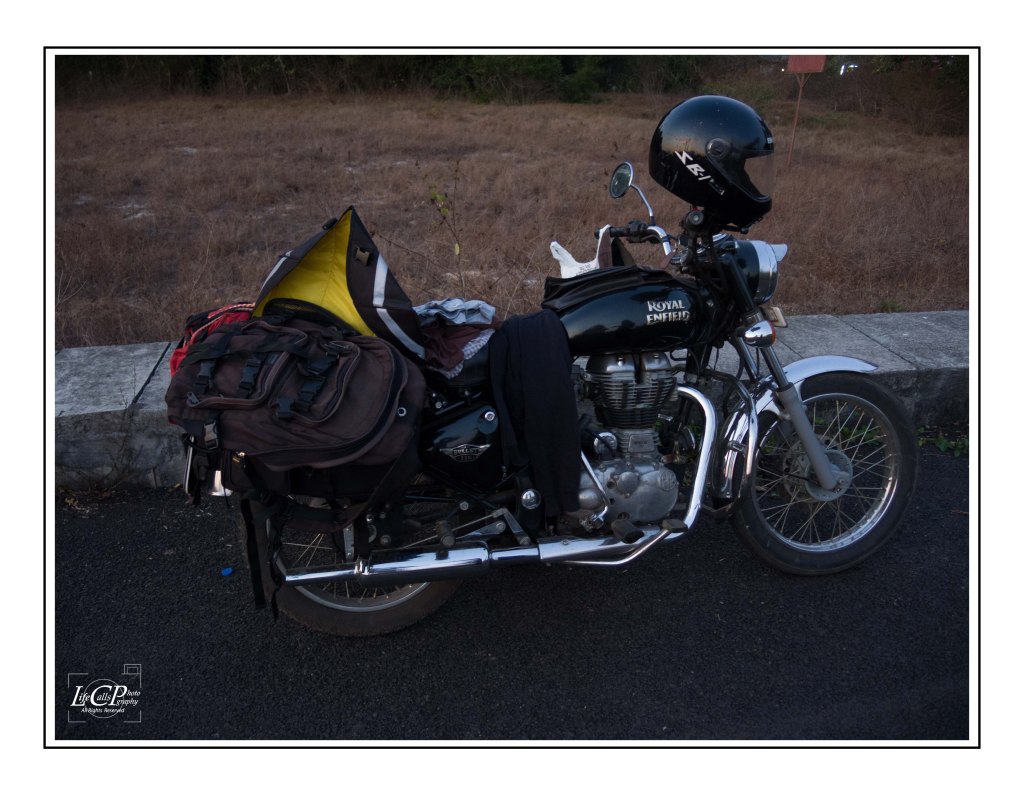 Unpacking and repacking at dusk, we were lucky enough to find a pair of bungee cords along the way, at a very unlikely local groceries shop. We had actually stopped to get a piece of rope at a hardware store next to it!! 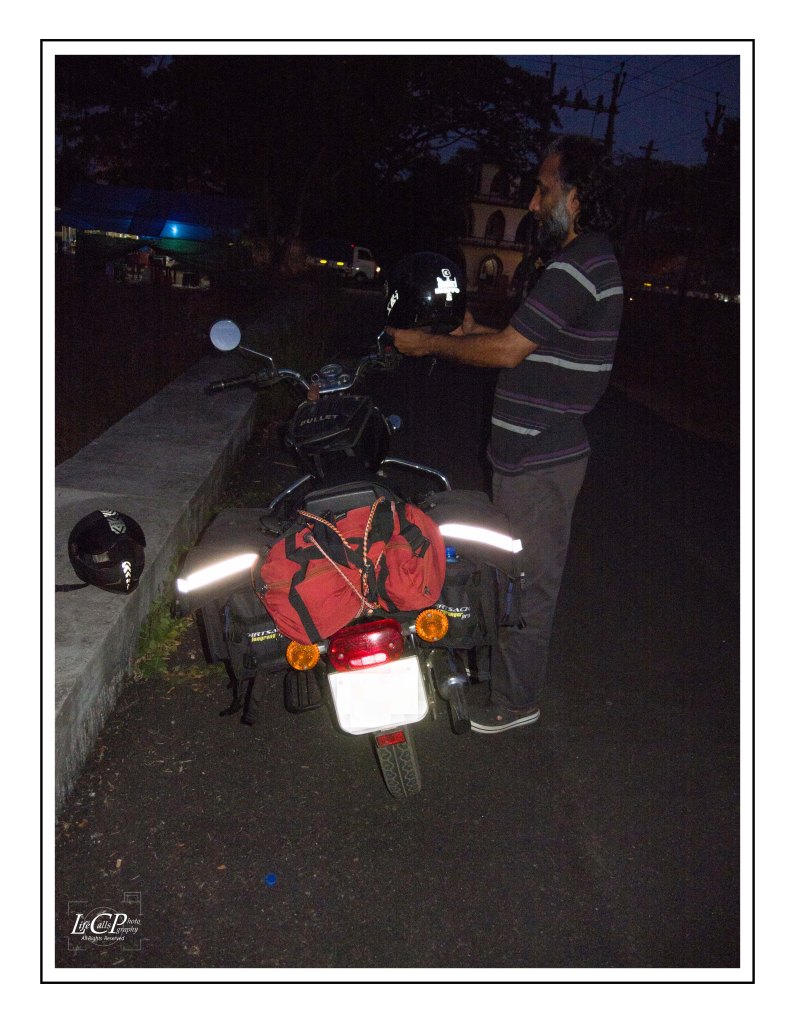 All set to move on

The sun had gone down, and the night traffic was getting a bit too much, we have to find a nice if not decent hotel to rest for the night also dinner. Now I am a big fan of road side street food, I know there are hygiene-wise issues and health to take care, but most of these eateries are safe to one point is that they can’t really give old stuff due to lack of storage facilities they have :). There are some points to be considered though,

1. Find a place that looks fairly clean, a bit far off from the edge of the road.

2. Given a choice of food on the menu – eat steamed stuff, like Idlies and putt (steamed rice cakes)

This spot was just the right place, they had a nice layout, food was made inside the restaurant and also had an outside serving area with tables and chairs.We gorged on their Idlies and Dosas!!!  The guy who served us thought my friend was in the film industry! probably due his long hair and the creative look! 🙂 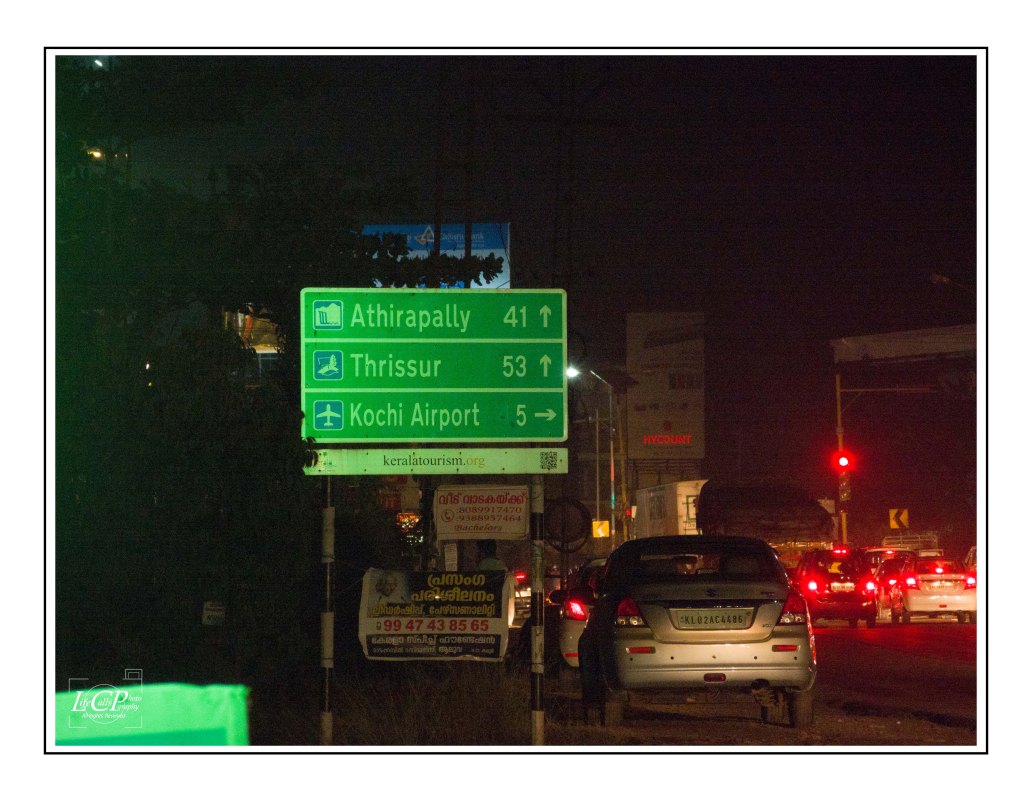 53 KM to Thrissur – kind of like a half way point to the next destination. We needed to find a place to stay over at Thrissur. Camera batteries were drained so couldn’t take pictures after dinner. We rode till we reached Pudukad a few kilometers before Thrissur, where we checked in to  Hotel Gokulam for the night.

Day 2: From Thrissur To Perintalmanna